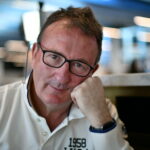 Leandro  is the head of our Clinic . He practices at our clinic since its initial founding days 30 years ago

My qualifications, an Bachelor of Medecine and Bachelor of Surgery MBBS  (University of Genoa, 1985) and Specialisation in Paediatrics (G. Gaslini Institute of Genoa – 1990) were gained in Italy. After completing my master’s studies at the G. Gaslini Institute in Genoa, I practiced Paediatrician in Community health Paediatrics and as a Paediatric Consultant in several hospitals in the South (O.C. Praia Mare, O.C. of Cetraro and other private neonatal clinics of Belvedere Maritime and Cosenza ) and the North (Department of Pediatrics O.C. of Treviglio – 2014, Neonatal Department Clinical Institute Beato Matteo di Vigevano of the San Donato Group  – 2015-2017 and other hospitals of Lombardy and Piedmont). I  have experience working abroad at  the  Murdoch  Children  Research Institute   (1991) in Melbourne and at the  Grantley   Stable   Neonatal  Unit  Royal  (GSNU),  Brisbane  –  Queesland  (Australia).

I have other relevant postgraduate experiences such as:

I was an internal physician in the Department of Pediatric  Oncology at the  G. Gaslini Institute in Genoa (1990).

I organized and directed since 1990 the Medical Center “Pediatria Domani”

I developed interested in Clinical Genetics and  practiced as an Italian Visiting Specialist at  the Murdoch Institute (1991)   of the Royal Children’s Hospital in Melbourne –  Victoria, Australia

I completed a six-month course in Allergy and Immunology at the University of Perugia  (2002).

I worked as CTU – Technical Consultant of Office and as a Forensic Pediatrician in several Italian courts.  I have been involved in the defence of fellow paediatricians accused of malpractice,  child abuse  or other complex developmental and behavioural problems.  I have performed similar functions in Australia.

In my Australian experience I have worked as a hospital doctor in the Grantley Stable Neonatal Intensive Care Unit (GSNU)  and in the Department of General Pediatrics at the  Royal Children’s Hospital in Brisbane  – Queensland, Australia.

My medical training at  the University of Siena, Genoa andPerugia, was solid and complete. In Australia to carry out the medical profession I have obtained the recognition of my academic qualifications by the College of Australian Physicians (RACP).   My  work experience,,   also abroad, in Neonatology, Community Pediatrics, Emergency and Hospital has been and is intense and enveloping. The pleasure of doing and loving my work is finally the fundamental binder, of the success of my profession as a Pediatrician.