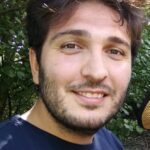 Leandro was born in July 1995 in Melbourne (Australia). Male eldest son of four siblings, he grew up in Calabria, Italy, more precisely on the coastal town of San Lucido. He travelled backwards and forwards to visit his birth city, Melbourne, on numerous occasions to see friends and relatives. He attended school in both countries and therefore making English his second native language.
His interest in human behaviour and the mind steered him to pursue his university studies in this field. He completed his undergraduate degree in Psychological Sciences in July 2016 at The University of Florence. He then moved to Turin to attend a Postgraduate Degree in Body and Mind Sciences, from which he graduated in July 2018. In 2019, after his postgraduate studies, he completed his compulsory one-year-traineeship in the Neuropsychological practice at Martini Hospital in Turin, working alongside professionals such as Neurologists, Neuropsychologists, Geriatricians, and specialist Psych Nurses. Hence gaining an in-depth knowledge of neurodegenerative disorders, neuropsychological assessments, cognitive stimulation, and clinical evaluation. He successfully passed his affiliation exam and enrolled in Italy’s Psychology Board in early 2020.
Currently Leandro is completing a specialist course in CBT, which is held by Professor Fabio Veglia in “Centro Clinico Crocetta”, Turin. His aim is to be a clinical psychologist with evolutionist and biological knowledge.
Leandro has had a passion for sports and from a young age became a big fan of AS Roma. He has always been involved in team sports such as football, volleyball, and swimming.
His passion for travel and adventures have taken him to visit 3 continents and 23 countries and counting!